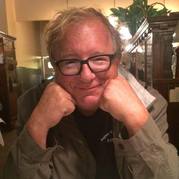 Gary began his career in the set lighting department at Warner Bros. and spent 14 years as a gaffer/electrician, with Ridley Scott's sci-fi classic Blade Runner as a notable credit. A chance meeting with producer Roger Corman led Gary to move from lighting to set design as head of the Concorde/New Horizon design department for over two years.

He has gone on to work on projects for Showtime, HBO, Fox, and Disney. He designed a celebrity poker show for "The Simpsons" creator Sam Simon, was hired by Ray Manzarek of The Doors to create the visuals for the music video "L.A. Woman," and assisted Renny Harlin by designing new scenes for Harlin's The Covenant.

Mr. Randall has been the production designer for over a hundred commercials and, with a crew of 50, turned the Hollywood Cinerama Dome into a gigantic hamburger for a McDonald's spot. In 2005, he designed the set for the 75th anniversary of the Broadway play You Can't Take It With You, directed by co-author Moss Hart's son at The Geffen Playhouse.

For the past few years, he has offered his rendering skills to other Production Designers in need of SketchUp and Cinema 4D illustrations.

Gary and his wife Rochelle live on a ranch in Shadow Hills California.